Strike at your enemies from the shadow (in style) by using one of these transmog sets for Rogues.

These are the 10 best Rogues transmogs sets picked by the MMOCULT crew.

We have only selected whole sets, but transmog can and should of course be mixed and matched for the best results! They are in no particular order.

Regalia of the Dashing Scoundrel

This Regalia is from Antorus and like a lot of BFA gear it is a bit more toned down than other sets, making you look like a dashing pirate or corsair.

Mixes very well with a lot of the transmog from Shadowlands.

Personally I prefer the normal and heroic versions.

The classic choice for Rogues. Nightslayer just don’t measure up.

This set used to strike fear in anyone of the other faction back in the days of Vanilla, and is sure to bring out some nostaglia from old players.

This is an amazing looking transmog set for Undead Rogues with plenty of great details, and a bunch of weapons that go well with the set.

The Mythic version is heaps better looking than the other two.

The headpiece is especially nice.

All the colors are great, but only the Mythic version has a glow effect. My favorite might be the normal one though.

The set looks great on any class but fits well thematically on Worgen Rogues.

A legendary set from the Burning Crusade. This set really stands out, much due to the headpiece.

Vestments of the Dark Phoenix

The Heroic version of this Firelands set is awesome and really stands out as a dark Rogue set with some great details.

Deathstalker’s Guise is definitely the best of these two sets. It looks great with a lot of the other BFA and Shadowlands weapons and gear, as it is a more toned down set without a lot of flashy glowing features.

The Alliance version is Darkwood Sentinel’s Guise which is not nearly as good but still looks good on Night Elves and can be combined with other pieces of gear to make some really cool Night Elf Rogue Transmogs.

The metal textures on all versions of this set from Hellfire Citadel are fantastic.

The green effects on the Mythic version looks great with a lot of different weapon options.

This set has some great pieces, especially the helmet, boots, gloves and the dark smoke coming from the shoulders.

This is an alliance only set. The horde version is the Garona set which is not as good looking.

The set is pretty simple with alliance colors.

It looks decent on Humans but great on Night and Void Elves. Also looks great combined with the 7th Legionnaire’s Weapons.

The Best Transmogs For The Average Adventurer Part 1 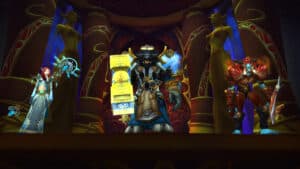 Show Off Your Transmog In The Trial Of Style 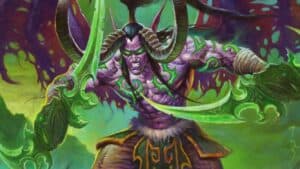 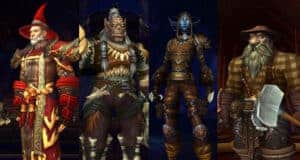 The Best Transmogs For The Average Adventurer Part 1 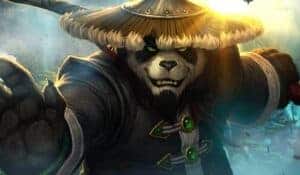