Echoes of Prophecy is set to release on October 1. The first milestone launches on PC and consoles on October 1, with an evolving campaign across three milestones that mark the return of the Cult of the Dragon. The second and third milestones will release on November 1st and December 1st.

In Echoes of Prophecy, rumors of oddities in the Weave have spread from the frozen north of Icewind Dale to the sweltering southeastern Dambrath as the Cult of the Dragon has made a return to the city of Neverwinter. Alongside the legendary Sage of Shadowdale Elminster Aumar and the gathering factions forming the Shield of the North, players investigate this mysterious phenomenon and search for answers in hopes of bringing peace to Faerûn once more. 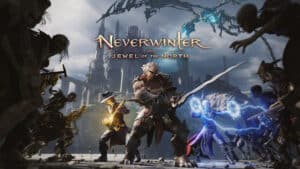 The Hell Pit Opens Again In Neverwinter On April 29th