Cryptic has now released Neverwinter’s latest module, Jewel of the North, on both PC and console. Feedback from the community has so far been mixed. On the positive side, the mod attempts to fix some issues at the core of Neverwinter’s gameplay, while most of the negative feedback is mostly due to the fact that Jewel of the North doesn’t introduce any new endgame activities or new areas.

The addition of the new Bard class is the biggest feature of the mod, but it also introduces a new streamlined leveling experience.

First, let us talk a bit about the Bard, a class that has been a staple in D&D but fans of Neverwinter have been asking about for years, along with the Druid.

I’ve played the Bard to the new max level of 20, through the new leveling system and I honestly don’t have much negative to say about the class.

Combat as a Bard is fun, although animations can make movement a bit awkward in some cases. A few of their powers could use a fix, and I’m guessing we will see some tweaking of the Bard in future patches.

I’ve only just started to gear my Bard for endgame, but from what I’ve seen so far both the Songblade (DPS) and Minstrel (Healer) paragon paths seem to be able to hold their own.

Cryptic’s focus in Jewel of the North seems to have been to try to fix some of Neverwinter’s issues. A new leveling experience has been implemented lowering the level cap from 80 to 20. Characters at max level won’t notice any changes to their characters though as it’s only a level squish, like World of Warcraft introduced in Shadowlands, lowering the max level to 60.

The process of getting to max level has also been changed and many of the game’s leveling zones have been removed, although they are rumored to reappear in future modules or in events.

Instead of gaining experience, players now level up simply by following a series of quests, which supposedly is more in line with the Dungeon’s & Dragons experience.

The way this system has been implemented seems rushed and does more harm than good to the game.

To begin with Neverwinter’s storyline through the leveling experience has never been good, and the new changes do little to change that.

With the new module, you are forced to follow this storyline from beginning to end with every new character and although it only takes about 10 hours to complete, it makes leveling alts a complete drag. But hey, I guess they might sell more level 20 boosts that way.

Fighting any mobs during this new leveling experience also now just seems like a complete waste of time, as there is no experience to be gained and they drop little to no loot of any use.

While leveling my new Bard I found myself just mounting up and riding through all overland areas as fast as I could. Mobs in instances can also often be skipped, and up until around level 17 I found out that I could actually pull entire leveling instances by myself and finish off the mobs with AoE, which completely destroys any immersion in the game, and makes for the one of the least rewarding leveling experiences in any MMO.

This was all done with no gear except for the gear I got through leveling. At level 10 or so, I decided to invest a few million AD into new gear, companions, and mounts, which seemed to make no difference at all.

While I was powerful enough to AoE entire instances until level 17 or so, suddenly it became a lot harder. At one moment I am taking on 40 mobs my own level at once, and a moment later I struggle with taking down a group of 5, which just says a lot about the balancing in Neverwinter.

All in all, I think it’s actually a good thing that Cryptic is working on fixing the base game instead of just pumping out new end-game content every module, but it still feels like Jewel of the North should have brought more fixes and changes than it did.

Hopefully, we’ll see more of that and more end-game content in the later chapters of the module. 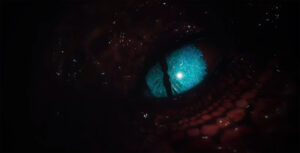 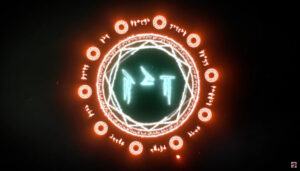