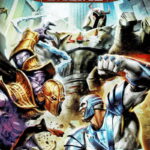 Champions Online is an MMORPG set in a superhero-themed universe developed by Cryptic Studios and published by Perfect World Entertainment. It was released in 2009 for Microsoft Windows.

While the game has a small dedicated player base and is generally considered a solid entry in the superhero MMORPG genre, it has some issues worth mentioning.

One of the main criticisms of the game is that it feels like it has been a bit neglected by the developers over the years. This can be seen in the introduction of more pay-to-win elements, which can be frustrating for players who prefer to stick with the free content. There is still a decent amount of free content available in the game, so it’s not necessary to spend real money to fully enjoy the game. Champions Online also has a Lifetime Subscription that offers a ton of value. It is occasionally on sale, so it’s worth keeping an eye out for. Those who choose to spend money on this game will likely find that it gives them an advantage over players who don’t.

In terms of character creation, Champions Online offers a ton of options. Players can choose from premade classes or pay to be able to select their own powers and create a custom class. This allows for a high level of customization, and players can spend a lot of time tinkering with different combinations of powers and abilities to create the perfect superhero.

One of the strengths of Champions Online is its combat system, which feels nice and fluid. There are many ways to play the game and different playstyles to choose from, giving players a lot of flexibility in how they approach missions and battles.

The graphics in the game are outdated, but they are still lovely comic book-inspired graphics that help to create a visually appealing world.

The music in Champions Online does a decent job setting the mood for the different locations and providing an atmosphere. The soundtrack is a bit generic, but it serves its purpose well.

The sound effects are good and capture the feel of Champions Online’s combat system and its overall superhero theme.

The game’s population is small, but there is a decent amount of players, and the community is very dedicated. There is a lot of content you can do solo in Champions Online, and finding a group is usually pretty fast.

Champions Online is a free-to-play game, but optional premium membership options are available that give players access to additional content.

Champions Online is not inherently pay-to-win, but elements of the game can be tilted toward those who spend money. It’s worth noting that it’s still possible to have an enjoyable time in Champions Online without spending real money.

Overall, if you’re a fan of superhero-themed games and enjoy the idea of creating your own unique character, Champions Online is worth checking out. Just be aware that it does have some pay-to-win elements and may not have the most up-to-date graphics. If these issues don’t bother you, Champions Online is a fun and engaging game with a lot of content and replay value. Champions Online is definitely worth a look for those looking to scratch the superhero itch.

Have you tried Champions Online? What did you think of it? Let us know in the comments section!