In a recent post on Reddit, isometric cyberpunk MMO Corepunk shares a few tidbits of information on the upcoming title.

At the moment it seems like the team at Artificial Core is working on the “feeling of combat” which we all know is an important aspect of any game, as well as the loot system, which will be in the style of ARPGs like Diablo where the loot drop on the ground.

We also got treated to a list of what players can expect at the launch of the game. 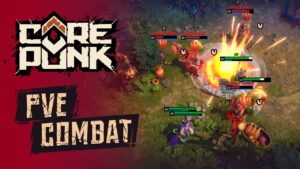 Corepunk Reveal Details On The Mercenary