Elyon, the new MMORPG developed by Kakao Games, has announced that they will be postponing their launch from September 29th to October 20th. Elyon is switching to a free-to-play model for Elyon in order to compete in an MMO market that is currently seeing an “abundance of choice”.

It doesn’t seem like this will mean any changes to the actual cash shop in Elyon as the developers state that it is not their intent to use this as a justification to add P2W mechanics.

Players that have purchased pre-orders will be offered compensation. 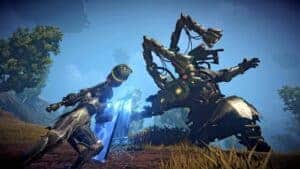