The Tribunal Celebration event starts in ESO on February 25th and lasts until March 9th. Head over to Vvardenfell and Clockwork City to earn Tribunal Coffers along with the following rewards. 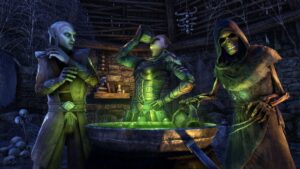