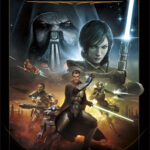 Star Wars: The Old Republic was one of the most highly anticipated games of 2011. Released by Bioware, it quickly became a fan favorite. However, with new games being released every year, SWTOR’s popularity has slowly begun to decline. In this article, we will take a look at SWTOR in 2022 and determine whether or not it is worth playing.

SWTOR follows the events of the Old Republic era. Players can choose to align themselves with either the Galactic Republic or Sith Empire, and each faction has its own unique storyline.

You’ll be able to explore planets like Coruscant and Taris, meet iconic characters like Darth Malgus and Darth Malak, and even play as iconic heroes like Revan.

Star Wars: The Old Republic, launched in 2011, is one of the longest running massively multiplayer online role-playing games. But does that mean it’s still worth playing in 2022?

We’re going to look at the game from several angles-including its gameplay, graphics, and story-to see whether or not SWTOR is still worth playing in 2022.

The gameplay of SWTOR seamlessly blends narrative, combat, and exploration. The game allows players to choose to align themselves with either the forces of good or evil in a story-driven quest.

Players have the option of choosing from eight different classes while they navigate the game’s expansive world. Types include the Jedi Knight, Jedi Consular, Smuggler, Trooper, Sith Warrior, Sith Inquisitor, Bounty Hunter, and Imperial Agent. Each class has unique skills and abilities that you can use to take down enemies in combat.

Combat in SWTOR is one of it’s biggest flaws. It can be tedious and time-consuming. Players will often find themselves spending more time waiting for their abilities to cool down than actually fighting. Combat can feel slow and clunky at times, especially when compared to newer games.

Each faction has its storyline and set of characters to interact with throughout the game’s story mode.

The storyline is SWTOR’s saving grace. If you are a Star Wars fan, then SWTOR is definitely worth playing. The game features some of the best writing and voice acting in any MMO. It feels very much like a single-player RPG at times and can be enjoyed as one if you just want to play through the story on the different classes.

Exploration is an integral part of Star Wars: The Old Republic because it allows players to explore new planets from a galaxy far away! Players can visit these planets by traveling through space on their ships or using ground transportation when necessary.

Players can explore planets such as Coruscant, Naboo, and Corellia while completing quests and missions.

While the graphics quality of SWTOR is getting very dated at this point, the galaxy still looks very nice with plenty of interesting locations. It also stays true to the Star Wars aesthetic.

The game draws heavily from the look and feel of the films and other games. The game world is richly detailed, with texture and depth.

There are rumors current flying around that there is a graphics update coming to SWTOR in the near future.

SWTOR features a mixed soundscape of new and familiar elements. The familiar sound of the movies, with its iconic music and sounds, is recognizable to many gamers. However, the game also has its original music that enhances the experience by providing an entirely new set of sounds that are memorable in their own right.

The voice acting in SWTOR is some of the best in any MMO. Bioware took great care to ensure that each character had a unique and believable voice.

The population of SWTOR has been decreasing in recent years, but the game still sees peaks of over 6000 concurrent players on Steam, which is pretty decent.

The game has received a positive response from most critics and players and continues to receive significant updates with new content and regular events, so spikes in population occur when new content is released.

Yes, the game is free-to-play with a subscription option that allows players to unlock an array of additional content.

You can play the game without paying money for microtransactions, but some items are only available to subscribers who pay for premium subscriptions.

SWTOR is not directly Pay-to-Win, but paying players definitely have an easier time and there are tons of advantages to being a paying player.

Free-to-Play players will not even be able to equip any of the higher tier gear, and will be restricted in flashpoints and uprisings. Your Credits are also capped at 1M on your character as a F2P Player

Despite its flaws, SWTOR is still a fun game to play. The storyline is engaging and the characters are interesting.