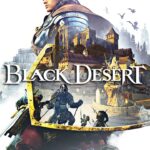 Black Desert Online is an open-world massively multiplayer online role-playing game developed by Korean company Pearl Abyss and published by Kakao Games in 2015. It had its North American and European releases in 2016.

Black Desert Online has been well-received by both critics and gamers alike. At launch, critics praised the game’s graphics, open world, and combat system.

However, the game has been criticized for its high learning curve and complicated systems, the amount of grinding necessary to progress, and lack of end-game content. Despite these criticisms, the game continues to be popular, with a large and dedicated player base.

BDO is set in a high fantasy setting and employs the thematic elements of an oriental adventure. The game features a large open world, with players being able to freely traverse and explore.

The game uses the Black Desert Engine that was made specifically for BDO in order to ensure a smooth gameplay experience while delivering some of the best graphics in any MMO to date.

Black Desert Online has stunning graphics and a unique character development system. But is it worth playing? In this review, we will take a look at BDO’s pros and cons to help you decide if it’s the right game for you.

Black Desert Online has a lot to offer in terms of content. There are dozens of hours of main story quests, side quests, and open-world activities to keep you busy. The main story follows your character’s journey from a lowly adventurer to hero.

The side quests are mostly fetch quests or kill X number of monsters, but they help to flesh out the world and give you a better understanding of the lore.

Open-world activities include things like fishing, hunting, gathering, and trading.

The combat in Black Desert Online is fast-paced and action-packed. The game features a unique combo system that rewards players for stringing together attacks. The combat can be challenging at times, but it is also very rewarding.

You can also take part in large-scale PvE events like world bosses, or engage in PvP combat on the battlefield.

There is a lot to do in BDO, and you can easily sink dozens of hours into the game without getting bored.

However, Black Desert Online also has some significant drawbacks in terms of gameplay. The game’s combat system is very complicated and takes some time to get used to.

The game also has a steep learning curve, and it can be difficult to progress without spending some money on in-game items.

Autoplay is also a pro or a con in BDO, depending on how you see it and what time of player you are. The game includes an autoplay feature that lets you AFK grind levels or Silver. This can be a great way to make some money and level up your character. Many players are opposed to these types of features in MMOs, but in all honesty, they seem pretty fair in BDO.

Leveling using a training dummy or AFK fishing doesn’t really give any huge advantages, and actually playing the game will always be much more efficient.

Black Desert Online’s graphics are absolutely gorgeous. The game world is huge and detailed, with a day/night cycle and weather effects that make it feel alive. The character models are well-done and the animations are fluid.

In fact, Black Desert Online is widely regarded to be the MMORPG with the best graphics. Especially after the Remastered version of the game was released.

BDO made it all the way to the top of our list of the MMOs with the best graphics.

The game’s soundtrack is also excellent, with a mix of traditional Korean music and modern orchestral pieces. The game’s sound effects are top-notch, and the voice acting is decent.

So what is the player count like in BDO in 2022? Is the game dead or alive?

BDO’s player base is actually quite large, with the game having an almost constant spot in the top 100 most-played games on Steam, despite most players playing the game through BDO’s own launcher. These numbers are on par with games such as Path of Exile and The Elder Scrolls Online.

BDO has a fairly active and helpful community that is always happy to help new players get started.

Black Desert Online is not free-to-play. BDO is buy-to-play, but the price is usually pretty low and can be bought on Steam for around $10 usually.

BDO also has a type of optional monthly subscription called a Value Pack that will give some extra benefits including extra storage, XP, and silver from the Marketplace.

Paying for anything in BDO is optional though and you can progress in the game just fine as a free player. The in-game shop lets you buy cosmetics, pets, and tents which will make life a bit easier but is in no way needed.

No, generally BDO is not pay-to-win. The game’s cash shop only sells convenience items and cosmetics that do not give any significant advantage over other players.

Sure you can pay for some convenience in BDO and it is technically possible to buy some power in the game, but overall, grinding in-game is the way to go to achieve power.

In terms of gear, the best equipment in BDO is obtainable through PvE activities such as bossing and grinding.

This means that BDO is not really a pay-to-win game, but more of a grind-to-win game.

Black Desert Online is a great game with lots to offer, but it’s not for everyone. If you’re willing to put in the time to learn the game, then BDO is definitely worth playing.

For players looking for an in-depth MMORPG with lots of things to do, then BDO is definitely worth checking out. However, if you’re not willing to put in the time to learn the game’s complex systems, then you might want to give BDO a pass.

Have you played Black Desert Online? What did you think of it? Let us know in the comments below!

In my eyes, the most underrated MMO. Ashes of Creation copypaste this game and got the hype for the stolen BDO ideas...