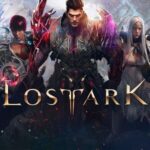 Lost Ark is an MMO with ARPG elements inspired by games such as Diablo and Path of Exile. It was developed by Smilegate and Amazon Games that was highly anticipated by fans for years. It was first released in Korea in 2019, and the global version was released in 2022.

From launch, the game was a huge success with peaks of over 1.3 million players on Steam. It still sees peaks of almost 300k players which is huge in the MMO space.

Lost Ark received critical acclaim for its graphics, gameplay, and overall world design. However, the game was not without its fair share of controversies, such as its use of microtransactions.

Lost Ark is an online role-playing game with a dynamic combat system that enables players to chain skills and attacks to defeat enemies. The gameplay centers around around exploring a large, expansive world filled with monsters and other players to fight.

Combat in Lost Ark feels very different to most MMOs due to the isometric top-down graphics and focus on chaining skills together. This makes Lost Ark feel more like an ARPG, such as Diablo or Path of Exile, which is a refreshing change for the MMO genre.

The world design in Lost Ark is one of its strongest features. The game is absolutely gorgeous, with detailed and varied environments. The world feels alive and there is always something to do, whether it’s exploring the world, fighting monsters, or completing quests.

Lost Ark has a huge amount of content, with over 30 hours of main story quests, tons of side quests, dungeons, and more. The game also features an end-game with various activities such as world bosses, raids, and PvP. Lost Ark is definitely a game that will keep you busy for a long time.

Players can even own their own Strongholds, which are islands that work as the game’s player housing. Lost Ark’s Stronghold system is one of the most in-depth player housing systems I’ve ever seen in an MMO. Players can build and upgrade structures in their Strongholds which all have different uses.

Players can choose from various main classes, such as Warrior, Martial Artist, Gunner, Mage, and Assassin, each with unique skills and abilities. Lost Ark also features a deep customization system that allows players to further specialize their characters.

Lost Ark is a isometric game with semi-realistic anime-inspired graphics. The game’s art style is colorful and pleasing to the eye.

The game also has a ton of detail in its character designs, including different outfits for each character. You can tell what each character is wearing, even by looking at them with a bird’s eye view.

Upon launching the game, one can quickly tell that this game is a marvel of visual effects, with realistic-looking monsters and environments, as well as advanced shading and lighting techniques that make the world feel truly alive.

Lost Ark has a great soundtrack that sets the tone for the game world. The game’s sound effects are also fantastic.

The ambient soundscape includes birds chirping, wind rustling through leaves, distant traffic, and other natural sounds unique to your location.

Realistic-sounding footfalls on different surfaces and a variety of sounds for combat and movement helps with creating immersion in the game.

The population of Lost Ark is very high for an MMO. There are plenty of players around at all times, and the most popular servers are usually full during peak hours.

You’ll find that there are plenty of people to party with and play together, as well. In the last 30 days, Lost Ark has averaged 187,000 players per day on Steam, making it one of the most popular games on that platform.

Yes, Lost Ark is free-to-play. You can download and play the game without paying a dime.

Lost Ark has a cash shop that sells convenience and cosmetic items.

Yes, Lost Ark is a pay-to-win game: players who spend money will progress through the game more quickly than those who don’t. The in-game items that can be purchased with real money can give players advantages in-game.

Lost Ark is an MMORPG that offers an engaging gameplay experiences. It features beautiful graphics and animations, as well as a wide variety of classes, skills, and items.

Unfortunately, the game can be pretty pay-to-win: those who spend money will progress through the game more quickly than those who don’t.

But if you’re not willing to spend money, there are still ways to enjoy Lost Ark. You can focus on playing with friends, joining a guild and building your character together, or simply putting in enough time and effort over time.

You’ll eventually catch up to those who pay for power if you don’t mind grinding.

The game is also heavily populated and the developers are updating Lost Ark often, ensuring that the game will stay alive and well for years ahead.

If you are a fan of ARPG-type games, then Lost Ark is well worth checking out.