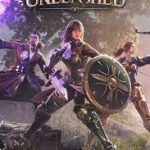 Bless Unleashed is an action RPG developed by Round 8 Studio and published by Bandai Namco Entertainment. The game was released in 2019. It was initially available for PC, Xbox One, and PlayStation 4. The console versions have since been shut down, and only the PC remains available.

The game has certainly gotten its fair share of criticism since being released, and with the shutdown of the console version, the future might not be looking so bright for Bless Unleashed. But is it still worth playing in 2023? Read on to find out.

The character customization options in Bless Unleash are excellent, allowing players to create a unique character.

Players can choose from five classes, each with unique abilities and playstyle. Four races are also available, although this doesn’t affect gameplay much. The Humans and Elves are standard, but the Varg and Ippin races contain more of a unique flavor.

The combat in Bless Unleashed is fast-paced and action-oriented. It is also the best aspect of the game and is one of the few reasons people still play it.

The movements are fast and fluid, and attacks are satisfying to land. The game also features a combo system that allows players to chain together attacks for extra damage.

One of the significant weaknesses of Bless Unleashed is its story. While the game has a main storyline, it is predictable and doesn’t do much to draw the player in.

One of the first things players will notice about Bless Unleashed is its stunning graphics. The game features detailed character models, lush environments, and impressive particle effects that bring the world to life.

Our only critique on the graphical side is that the game’s look is a bit generic and doesn’t stand out from similar games like Black Desert Online or Final Fantasy XIV.

Bless Unleashed has an outstanding soundtrack. Some of it has been made by the legendary composer Hans Zimmer. The music is a mix of soothing and epic tracks that help bring the world to life.

The voice acting is also great, with a talented cast of actors. At least for the earlier part of the game.

According to Steam Charts, Bless Unleashed has around 540 average concurrent players in the last 30 days, which is terrible, considering Steam is the only place you can still play Bless Unleashed.

Bless Unleashed is not directly pay-to-win, but it has plenty of convenience items that will help you progress faster in the cash shop.

Bless Unleashed feels like an unfinished and dying game. While the graphics are stunning, there isn’t much else to recommend Bless Unleashed in 2023. With the console version already shut down, and the PC version on life support, we can’t help but feel like the game doesn’t have much time left.

At release, the game had some promise as a casual combat-focused MMO, especially on consoles, but it failed to deliver in the long run. There are some much better options in the genre, like Neverwinter or Black Desert Online, that also has fast-paced action combat and great graphics.

Bless Unleashed doesn’t have enough content or unique features to make it stand out in 2023. If you’re looking for an action-oriented MMO, Bless Unleashed may be worth playing, at least just to see it before it is eventually shut down. We suggest giving other options a try first.