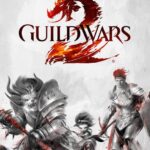 Guild Wars 2 was released in 2012 and was met with critical acclaim. Guild Wars 2 is a MMORPG that takes place in the world of Tyria. Guild Wars 2 offers unique features that make it worth playing even ten years after its release.

The game takes place 250 years after the events of Guild Wars: Nightfall and Eye of the North. In Guild Wars 2, the Elder Dragons have awoken and are wreaking havoc on the world. The five playable races must band together to stop the dragons.

Guild Wars 2 has one of the best monetization models in any MMO. The game does not require a monthly subscription, and there are no pay-to-win mechanics. All of the game’s content is available to players who own the base game and the expansion packs.

But is GW2 still worth playing 10 years after it’s release? Read on to find out.

The game takes place in Tyria world filled with magic, monsters, and dragons. Players take control of their customized character and play through an epic storyline, battling other players and creatures along the way.

The core gameplay of GW2 revolves around completing quests and defeating enemies, but there are also several other activities. These include crafting items, playing mini-games like fishing or racing mounts with other players, participating in PvP battles against other players, and exploring dungeons.

The combat system is enjoyable and engaging, and is a favorite amongst many MMO players.

The combat system in Guild Wars 2 is unique and engaging. It uses a hybrid of a traditional tab-target system and action combat. This makes for an exciting and fast-paced combat system.

The world of GW2 is one that players can easily get lost in a while exploring. There’s always something to do, whether it’s taking on a new world boss, participating in dynamic events, or simply exploring the vast world.

The game has an exciting mix of PvE and PvP content, making it enjoyable for all types of players.

Guild Wars 2 has 8 diverse professions (classes) to choose from, and players can customize these professions further with specializations.

The graphics of GW2 in 2022 are good for a ten year old game. The game features various environments and terrains, each with its unique look and feel.

Players can choose to explore areas like the lush forests and steaming jungles of the Heart of Maguuma, or the crystalline caves deep in the Shiverpeaks.

The graphics are rich and detailed. The character designs are unique, but not so much that they look out of place in the game world.

The art style is Guild Wars 2 is unique and extremely beautiful.

The music in Guild Wars 2 is one of the best features in the game. The music is beautiful and does a great job setting the tone for each area.

Much of the game’s soundtrack was created by legendary game composer Jeremy Soule, who has also composed music for Baldur’s Gate, Icewind Dale, several Harry Potter games, and The Elder Scrolls series to name a few examples.

Guild Wars 2 is one of the most popular MMOs available.

Steam Charts shows that GW2 has peaks of around 5.000 players. Most GW2 player do not play the game through Steam though, so the real number is much higher.

Guild Wars 2 has one of the best monetization models in the MMO market. After you buy the game you can play the game free forever.

GW2 is not pay-to-win. The game has a robust, fair in-game economy that allows players to earn all the rewards they can reasonably get without spending money.

Players who purchase gems can use them to buy items from the gem store. Some items in the gem store will give the player certain advantages but won’t directly increase the power of the character.

Otherwise, the game is free to play, and all players have equal access to the same content once they have the expansions.

Guild Wars 2 is certainly a game worth playing in 2022. It offers a rewarding experience, high-quality graphics, and an exciting combat system. The game has been around for a long time and shows no signs of stopping.

The game offers a lot of content for players who want to get lost in their own stories. There are plenty of quests and activities for people who want to enjoy the ride.

The developers have created a game that is open, fair, and rewarding to all players. They’ve worked hard to ensure that their game is suitable for everyone, no matter how much money they spend on it.

The only drawback is that the game has been out since 2012, and many other games on the market may be more appealing to players who want something fresh and new to experience.

Besides that, if you’re looking for a great MMORPG with a rich world and an engaging storyline, this game is worth your time.