The Lord of the Rings Online 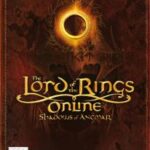 The Lord of the Rings Online has been around for over one and a half decades. Player numbers were in decline for a long time for the veteran MMO but the game has had a resurgence in players over the last year.

The game was released in 2007, and it has received several updates over the years, including several expansion packs.

LOTRO is based on J.R.R. Tolkien’s The Lord of the Rings novels, and it allows players to explore Middle-earth and interact with many of the characters from the books. Quest lines in LOTRO is also often closely tied to the story of the books, making the game perfect for Tolkien lore buffs.

One of the biggest pros of LOTRO is its deep and engaging storyline. Unlike many other MMORPGs, LOTRO has a rich narrative that draws players in and keeps them invested in their character’s journey.

LOTRO can feel a bit dated in terms of its combat system and overall design, which may make it difficult for newer players to get invested.

Having been constantly updated since its release, there is a ton of content and things to do in LOTRO, which can also feel a bit overwhelming for newer players.

The current level cap is 140 so just reaching end-game will take quite some time. Don’t rush though, LOTRO is one of those few MMOs that is all about the journey and not just the destination. The leveling process is quite enjoyable if you take your time.

Middle-earth is large and LOTRO does an excellent job of bringing it to life. LOTRO features many of the iconic locations from the LOTR novels, so you get to explore places like Rivendell and The Shire among others.

LOTRO also has plenty of side-quests and activities, such as fishing, cooking, and crafting. These activities can provide a nice break from the main quest line and help players make some money on the side.

The game also features an extensive housing system which allows you to construct your own home in Middle-Earth.

The graphics on LOTRO are decent and still hold up for the most part, even if it is pretty outdated. The art style fits well with the LOTR theme and the environments are still quite beautiful.

The game runs quite well even on older machines, so you don’t need an expensive gaming PC to enjoy LOTRO.

The LOTRO soundtrack is really good and does the job perfectly. It captures the LOTR vibe well and fits in perfectly with the game world.

The voice acting is also really good and further adds to the LOTR atmosphere.

The sound effects are quite good too and help bring Middle-Earth to life.

The LOTRO population has seen a resurgence over the last year or so and is currently quite healthy with around 100K active players.

LOTRO has an average of around 1000 concurrent players on Steam according to Steam Charts, which is decent for an older MMO. Most of LOTRO’s player base does not play through Steam though, so don’t judge the population on Steam alone.

Players can find people to play with in almost every server. Most of the community is very nice and helpful.

LOTRO is technically free-to-play, although there are restrictions for free players. To get the full LOTRO experience, you will have to purchase one of the subscription plans (VIP or Premium).

There is a lot of free content though, especially up until Helms Deep at around level 95.

There certainly are items in the LOTRO store that can be considered pay-to-win, including leveling boosts, loot boxes, stat boosts, and more.

However, LOTRO does not force players to buy them and the game is still playable without spending money.

In conclusion, while LOTRO does have some drawbacks, it is still a great choice for MMORPG fans looking for an immersive and engaging experience. Whether you’re a huge LOTR fan or simply enjoy open-world adventures, this game is well worth trying out!

LOTRO has plenty of content to offer, from its engaging storyline and beautiful graphics to its varied classes and large population.