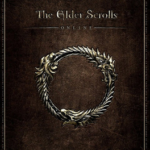 ESO has come a long way since it first launched in 2014. The game has seen numerous updates and expansions, and it’s now one of the most popular MMORPGs on the market.

The game is set 1,000 years before the events of Skyrim and Oblivion, during the period when humans are just starting to explore the world of Tamriel. It features ten playable races: High Elf, Wood Elf, Dark Elf, Argonian, Khajiit, Redguard, Breton, Orc, Nord, and Imperial.

The lore of ESO has been developed over the course of almost 30 years, starting with the release of Arena in 1994. ESO is set in the continent of Tamriel and includes the provinces of Morrowind, Cyrodiil, Hammerfell, Skyrim, and more. The game’s stories are based on the history and mythology of these provinces.

So is ESO worth playing in 2022? In this article, we’ll take a look at the pros and cons of ESO and decide whether or not it’s worth your time.

Players can create characters from several races and classes.

Players will also choose from one of three factions: the Daggerfall Covenant, the Ebonheart Pact, and the Aldmeri Dominion. Each faction has its own story and quests to complete, as well as unique skills, abilities, and customization options.

They can also join guilds which give them access to additional skills and abilities. Guilds provide benefits such as shared storage, crafting bonuses, and the ability to purchase guild houses.

After choosing your race and faction, you’re free to customize how your character looks by selecting their gender, height and weight, facial features, hairstyle, and skin tone.

PvP allows players from opposing teams to fight against each other for glory and rewards.

The game’s combat system emphasizes player skill along with character attributes and offers a variety of combat choices to players, such as magic, skills, and weapons.

Each class has a different skill set; for example, Dragonknights focus on melee damage and tanking, while Sorcerers specialize in ranged damage and crowd control.

ESO is updated regularly with new content, including dungeons, raids, and new zones in the form of yearly expansions and DLCs that are released three times a year.

The graphics of The Elder Scrolls Online in 2022 are impressive and immersive. The world is beautifully designed and detailed, and the character models are well-crafted.

The graphics have realistic textures and lighting effects.

The game offers a variety of environments, including snowy mountains, forests, and deserts. Each domain has its unique style and theme, which players can experience as they explore the vast world of Tamriel.

ESO is still fairly well-optimized and will run on a variety of different hardware setups.

The game’s immersive sound helps you feel like you are living in Tamriel ESO’s music is composed by Brad Derrick, Rik Schaffer, and Jeremy Soule.

ESO’s voice acting is top-notch, with performances from veteran voice actors such as Michael Gambon, John Cleese, and Peter Stormare.

The population of ESO is large and active. ESO is one of the rare and few MMO that has had a steady increase in population since its release date.

Estimations of the current active player base range from 3M to 20M active players. According to Steam Charts, ESO sees peaks of around 18.000 concurrent players, which is very good for an MMO.

Is The Elder Scrolls Online Free-to-Play?

The Elder Scrolls Online is not free-to-play, it is buy-to-play. To play it, you must purchase the base game and then pay for the expansions to access additional content.

The game also has an optional subscription that lets you store crafting materials in a bottomless bag and receive some XP, other buffs, and a few other rewards.

Is The Elder Scrolls Online Pay-to-Win?

The Elder Scrolls Online is not pay-to-win.

While you can purchase some game elements with real money, the skill system and items used are generally available to all players.

The in-game items you can purchase with real money do not give you an advantage over other players-they are purely cosmetic.

The same goes for skills: if you want to learn a skill only available through a purchase, you will still need to spend time leveling up to unlock it.

In conclusion, ESO is a worthwhile game in 2022. The game has been around since 2014 but hasn’t lost its charm. The game features an entertaining story and exciting gameplay that will keep players occupied for hours on end.

If you are looking for a fun MMORPG with a strong story and an immersive world, then ESO is the game for you!