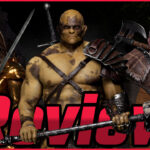 Mortal Online 2 has been a highly anticipated game for the hardcore full-loot PvP crowd since it was first announced. It is the sequel to Mortal Online, which was released in 2010. The original Mortal Online was met with mixed reviews, but many people were excited for the potential of a sequel.

The game has many unique features, including full loot, skill-based character progression, and player-run societies. Mortal Online 2 also has few NPCs and is largely player-driven.

The Mortal Universe revolves around the planet of Nave, which is split into several continents. At launch only the Myrland continent is available.

The game has a skill-based character progression system, which allows players to specialize in any number of different skills. There is also a full loot system, meaning you have to tread carefully around Nave or try to make some friends that can protect you. This can lead to some intense and exciting battles, as players fight to the death for their faction or guild.

Due to Mortal Online 2’s harsh and unforgiving world and systems, it might not be the MMORPG for everyone. The game does do a good job of easing the player into the world and in the tutorial area of Haven, you are free to explore and learn the ropes without the threat of other players attacking you.

As you move on from the tutorial though, it’s a free-for-all. This can be frustrating for new players, who are still struggling to figure out how to play the game. The learning curve and harsh world of MO2 might be its biggest downfall.

However, Mortal Online 2 does have a lot of redeeming qualities. The game is extremely rewarding when you finally figure out how to play it. It has a unique and immersive world that is unlike any other MMORPG on the market. The PvP is also some of the best in the industry once you figure it out, with intense and exciting battles taking place all over Nave. If you are willing to put in the time and effort, Mortal Online is a rewarding and unique MMORPG that is well worth playing.

Mortal Online 2’s graphics are fairly good, with detailed environments and realistic character models. The first-person perspective lets you see the world up close, and makes it easy to immerse yourself in the game.

Does Mortal Online 2 have a good population?

Compared to a lot of the more mainstream MMORPGs, Mortal Online’s population is fairly small, with only a few thousand players online at any given time. This is still more than enough to populate the world though and enough to give the developers some troubles at launch, causing them to open more instances of Myrland.

Is Mortal Online 2 Worth Playing?

In our opinion, Mortal Online is worth playing if you are willing to put in the time and effort. The game has a steep learning curve, but it is extremely rewarding when you finally figure out how to play it.

If you enjoy exploring an open world and enjoy PvP, MO2 is at least worth checking out so you can judge it for yourself.

Have you had the time to play Mortal Online 2? Let us know what you think in the comments below.

Guys I dont know what you are basing this review on but you obiously havent played the game even 1 hour. This game is a dogs breakfast. The whole tutorial island only has 5 types of mobs over the entire island. The reason I bring up the island is because after 8 hours of playing I still was inable to get into the mainland because the login system is broken and the queues to get into the main part of the game is broken. The game barely supports 4K people concurrently.

Most of the overland terrain on the main part of the game are barren with not even mobs there.

The game has been riddled right from the day of release with exploits and bugs that have allowed some guilds to get the best possible gear and powers in the game within days and now it's impossible for anyone to contest them.

Reviews are opinion and I get that but look at reddit or even the steam review. Less than %50. Where you guys get 8/10 from I'll never know. MMORPG used to be better than this.