Mateusz Tomaszkiewicz, the former lead quest designer at CD Projekt Red for the Witcher 3, has joined Riot Games on their upcoming MMO set in the League of Legends universe.

Mateusz Tomaszkiewicz announced in May that he was leaving CDPR, and earlier this week he Tweeted the news of a move to Riot. 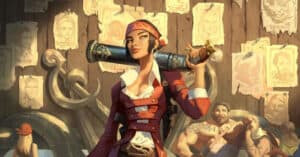 Riot Games Is Hiring For Its Upcoming Runeterra MMORPG