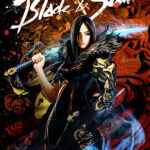 Blade and Soul is a martial arts-themed MMORPG from NCSoft, it was originally released in 2012, but didn’t release in Western markets until 2016. Blade and Soul has found a niche following within the MMO genre due to its unique visuals and fast-paced combat.

The game has a beautiful anime aesthetic and features many different classes to play. There are numerous dungeons available for players to complete, along with over quests and other activities for players to participate in. The game also has a focus on fast-paced PvP, which is split into World PvP and Arena PvP.

There is much content for players to enjoy and explore, but does it still hold up in 2022? This review will examine Blade & Soul’s features, as well as its pros and cons so that you can decide if the game is right for you.

The game involves players assuming the role of an adventurer in an eastern-inspired fantasy world. There are four races to choose from: Jin (humans), Lyn (half-beasts), the Gon (demons), and the Yun (spirits). You can then customize your character’s appearance.

Each class has unique abilities, and skill sets that players can use to defeat enemies or defend themselves.

The combat system in Blade and Soul is fast-paced and combo-based, with characters being able to chain together movement, attacks, and special abilities

The graphics in Blade and Soul was recently upgraded in a switch to Unreal Engine 4 in 2021, allowing the game to look better than ever.

The graphics include a great deal of detail in both the character models and the environments.

The character models are well-crafted, with plenty of detail to make each unique and recognizable.The clothing and armor also has a lot of detail.

The environments are also very diverse: from lush forests full of animals to desert dunes. It gives players a tremendous amount of variety and keeps things interesting.

The sound of Blade and Soul combines Eastern-inspired music, occasional voice acting, and the clinking of weapons. The music tends to be ambient and ethereal, emphasizing calm melodies and strings, with occasional orchestral pieces.

The voice acting in Blade and Soul is terrible. The characters are unemotional, robotic, and flat; they deliver their lines with no inflection or a slight variation. There is no sense of the voices’ personalities, making it difficult to empathize with the characters or invest in them emotionally.

The population in Blade and Soul has been in decline over recent years, with many players jumping ship to other games.

There still is an active core of players though, and the game is updated frequently with new content and events.

Is Blade And Soul Free-To-Play?

Is Blade And Soul Pay-To-Win?

Pay-to-win elements in Blade and Soul are a source of much controversy. The game has been dubbed “pay to win” by many players, as the paid cash shop items can provide players with a significant edge over non paying players.

Blade and Soul definitely isn’t a game for everyone, but if you are a fan of Martial Arts games, it’s one of the best MMOs out there. Blade and Soul is worth playing in 2022 due to its unique art style and fast-paced combat system.

It is frequently updated with new content and events. Blade and Soul also has plenty to offer in terms of player-versus-player combat.

With the recent upgrade to Unreal Engine 4, Blade and Soul look better than ever before, making it an attractive game for those looking for a unique martial arts MMORPG experience.

What do you think? Is Blade and Soul worth playing in 2022? Let us know in the comments!