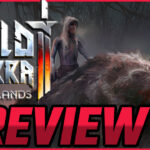 Wild Terra 2: New Lands is a sandbox MMORPG developed by Juvty Worlds that allows players to explore the world, gather resources, build settlements, and fight enemies. It is the sequel to Wild Terra Online.

The game has been receiving mixed reviews since it was released. Some people find it addictive and fun, while others find it boring and shallow.

So, is Wild Terra 2: New Lands worth playing? Let’s take a closer look at the game and find out!

Wild Terra 2 is still an early access game, so it’s not yet finished. It launched into early access on 28 Jan 2021.

Wild Terra: New Lands is an online sandbox game set in a medieval world. The game has no set goal or storyline, and players are free to explore the world as they see fit. There is also a player-driven economy in the game, which allows players to trade goods with one another.

Wild Terra 2: New Lands is similar to other sandbox games such as Ultima Online or the newly released Fractured. Players can gather resources, build shelters, and craft items in order to survive in the hostile world. The game also features combat against wildlife, monsters, and other players.

Wild Terra 2 is extremely grindy. Players will need to spend a lot of time gathering resources in order to progress. The game also lacks direction, and it can be difficult to figure out what to do next.

The combat is very static and repetitive, and you mostly just watch your character do auto attacks while you throw in a skill or two.

The graphics in Wild Terra 2: New Lands are honestly pretty terrible, and look mostly like a bland version of Runescape 3. However, the game is still in early access, so the graphics may improve over time.

The sound in Wild Terra: New Lands is fine. The game features a medieval soundtrack that fits the game’s setting. However, the sound effects are pretty generic and forgettable.

The population of Wild Terra 2 has been on a steady decrease since launching into Early Access. In the beginning of 2021, right after its release, the game saw peaks of just over 1000 players on Steam, but that number has dropped to peaks of just above 5, meaning the game is mostly empty.

There are many other isometric sandbox MMOs that I would pick over Wild Terra 2. Albion Online, Runescape, Fractured, and Ultima Online to name a few.

Thanks for reading! I hope this Wild Terra: New Lands review was helpful. If you have any questions or comments, feel free to leave them below. Until next time, happy gaming!