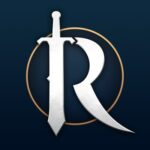 Not long after release, RuneScape became a giant in the MMORPG scene, gathering hundreds of thousands of daily players. No matter where you traveled, the world would be filled to the brim with players living their own virtual lives in the fantasy world of Gielinor.

Marketplaces would be bustling with players trading every resource known to man, warriors engaged in sword to face combat, and other players navigating around the chaos to catch some fish or chop some wood. The world of Runescape was positively alive and booming, so what happened?

On the 20th of November 2012, the Evolution of Combat update was released.

Described by the developers as “One of the largest content updates in Runescape history.” It completely overhauled the original combat system, giving the combat more strategy by adding weapon speed, new abilities, and adrenaline to manage, as well as many new features.

It would be an understatement to say this update caused controversy among the player base of Runescape. The update completely tore the fan base in two, with half of the players claiming they loved the newly updated combat and others saying the new combat is straying too far from what makes Runescape the brilliant MMORPG it is.

So, a huge chunk of players put down their swords and hung up their wands, deciding to leave the world of Gielinor for good, ending the golden age of Runescape. (cue the sad piano music)

Then, in February 2013 Jegex (the developers of Runescape) rose from the ashes like a fiery Pheonix, giving the world Old School Runescape.

The appropriately named launch of Runescape was a complete mirror of the 2007 version of Runescape, which many players considered to be the golden age of the game.

OSRS not only brought back previous players of the classic game but with the game’s recent steam release there is a whole new wave of players filling the world once more.

The land of Gielinor is Runescapes gigantic word that has everything you would expect an epic fantasy world to have.

Travel through dense woodland packed with wildlife, cross boggy swamps where the dead will greet you with a not-so-friendly stab to the chest, or venture through sandy wastelands and find bugs the size of cars ready to make you their next meal.

The world of Gielinor has it all and no matter where your adventure takes you, it truly feels like your exploring a living breathing world with its intricate biomes and interesting NPC’s.

The game itself is a click-based tile movement system, meaning you move wherever you click with your mouse rather than using the keys on your keyboard.

The majority of Runescape’s gameplay consists of three main areas, training no-combat skills, fighting to build combat skills, and completing quests. So let’s break these down one by one.

These are skills that don’t require you to hunt or kill anything in the game and consist of skills like smithing, woodcutting, farming, and even construction, that allow you to build your own in-game house.

The most interesting part of these non-combat skills is they can level you up, meaning you can go through the whole game without fighting or killing anything.

Players who do this are known as skillers, and it can be highly profitable for you to do this as you can sell your harvested goods on the massive in-game player-ran marketplace, turning all that hard work into some serious gold.

This simple system helps keep the PVP side of things balanced as it means no one player can become a god among men and wipe out anyone that stands before them.

It’s worth noting that combat is different depending on if you are playing OSRS or Runescape 3, OSRS favors the old slower system of combat whereas Runescape 3 has the newer fast-paced skill-based combat.

Both forms of combat work a lot like other MMORPGs, you have a set of abilities you can use that better help cut down, shoot, or set fire to anything in your way.

Questing in Runescape stands above any other MMORPG by a lot.

Rather than follow your normal formula of kill x amount of this or collect x amount of that, Runescape has cleverly written quests that feel more like mini-stories than actual quests. Involving the player in its world and helping you feel like you are really part of its land.

The game’s quest manager should be a feature every game has. It allows you to manage quests by difficulty and filter them by timeline, allowing you to follow the in-game story in the correct order.

Many players have fond memories of their favorite quest in Runescape, and it is clearly one of the games best features.

In short no, but playing the game for free will only get you so far as you can only do 38 of the 277 quests in-game, as well as only being able to level 17 of the games whopping 27 skills.

The membership is rather cheap though costing only $11.00 or £7.00 pounds depending on what part of the world you are in. You have to remember though the sheer amount of content you are getting for your money.

For the price you’re paying you are getting 20+ years of content, whole new areas to explore, and exclusive in-game shops, but if that doesn’t pique your interest, you can actually pay for your own membership in-game with the game’s currency, meaning once you get good you can sustain your membership with your characters hard-earned gold.

Runescape is generally not viewed as a pay-to-win game. Sure you can pay for some advantages like in most MMOs these days, but everything in the game is also achievable as a free player.

Both Runescape 3 and Old School Runescape still has a ton to offer in today’s MMO market and the game’s longevity has proven this point time and again.

New MMOs pop up all the time, but many players will always return to Runescape. They might have better graphics or more complex systems, but the gameplay and design of Runescape are hard to beat.

Have you played Runescape lately, and if so what do you think of the current state of the game? Let us know in the comments below and we hope you enjoy your time in Gielnor!

Absolutely fucking not, you get hacked within a week so whats the fucking point. Plus the fucking useless company dont give people who have used 10+ years on this their shit back, runescape is scuffed,fucked and robbed for all its worth