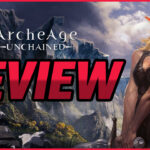 ArcheAge is an MMORPG that has been around for a few years now. It was developed by XL Games and published by Kakao Games in 2014. In 2019 ArcheAge Unchained was released, which is a version of the game with a different subscription model that is a bit less pay-to-win than the original ArcheAge.

ArcheAge is a fantasy MMORPG that takes place in the world of Erenor. It features two factions, a unique class system, and a sandbox gameplay experience. The game has received generally mixed reviews since its release.

So, is ArcheAge worth playing? In this blog post, we will take a look at the game and discuss its pros and cons.

ArcheAge features a unique class system that allows players to combine three of the game’s eleven skill sets. Meaning there are effectively 220 different classes in ArcheAge. This is an interesting and unique take on the traditional class system found in most MMORPGs.

The combat in ArcheAge is tab-target based. The combat is not the most exciting or innovative, but it gets the job done.

As with many sandbox-style MMOs, ArcheAge favors players that don’t mind the grind.

PvP combat is also a big part of the game and can be very unbalanced at times, so prepare to be one-shotted a lot as a new player in the open world.

One of the biggest selling points of ArcheAge is its massive open world. The world in ArcheAge is absolutely huge and there are a ton of things to do. Players can explore the world, sail their ships, trade, and farm.

The game also features a housing system that is very robust. Players can purchase land, build houses, and even furnish them with furniture. The furniture can be used for storage, crafting, and more.

ArcheAge features some absolutely beautiful areas, creatures, and characters, but the actual quality of the graphics is a bit dated at this point.

That being said, the art style is still very pleasing and the world is absolutely massive, so there is definitely a lot of eye candy to enjoy.

The game’s soundtrack is very good and sets the tone for the world of ArcheAge perfectly. The music is orchestral and epic, which fits the game’s setting well.

The game’s population is sadly in decline and has been for some time. Some of the servers will still have a decent enough population for you to find someone to play with, but most are pretty dead.

This is likely due to the game’s age and the fact the game has been neglected by the publishers and developers over the years.

ArcheAge is free-to-play, and ArcheAge Unchained has a subscription.

Yes, ArcheAge is considered to be pay-to-win. The game has a Cash Shop that sells items that give players significant advantages over other players.

These advantages can make the game much less enjoyable for non-paying players. ArcheAge Unchained is less pay-to-win, but it is still possible to indirectly buy power in the game.

ArcheAge has a lot to offer. The game is set in a huge open world, and there are plenty of things to do. The combat and class system is decent, the housing and farming systems are fantastic, and being the captain of your own ship is an awesome experience.

However, ArcheAge also has its share of problems. The game is very grindy, and it can be quite repetitive. The population is in decline, and the game world can feel empty at times.

So, is ArcheAge worth playing? If you’re a fan of sandbox MMORPGs, and like to build, farm and trade, then the answer is probably yes. However, if you’re looking for an exciting and fast-paced MMO, then ArcheAge is probably not the game for you.

Do you agree with our review? Let us know in the comments below!