Book of Travels is getting closer to its October 11th early access launch date (Settler and Nomad backers can get in even earlier) and today Might & Delight previewed one of the minigames in Book of Travels.

Passage is a deck-building game that will let you “gamble your way to fortune or destitution”, but at early access launch, you will get to try the game without any risk to get to grips with the rules.

While the game play is relatively simple, the cards themselves are said to hold deeper significance and are regarded as something far more solemn and auspicious than mere entertainment. To many, Passage cards hide a secret, and some folk are quite fixated on discerning a revelation in their inter-relations. And so it’s not only for the material losses folk have suffered that a game of Passage is taboo in Braided Shore. The game is more than a little socially unacceptable, which is why gamblers tend to play discreetly – most usually, Passage is played in The Voices’ Tavern, although Travellers may on occasion find themselves approached by a card-prone stranger.

Book Of Travels Offers Up Some Lore On THe Braided Shore 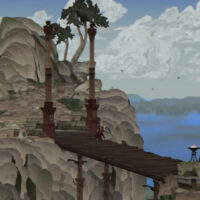 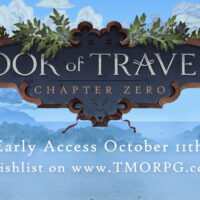 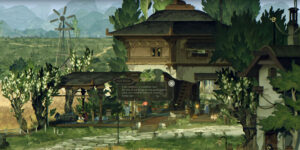 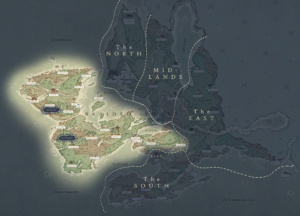 Book of Travels Will Enter Early Access on October 11th 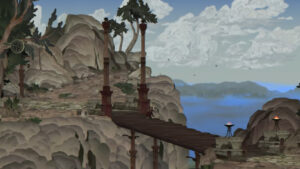