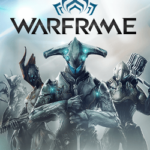 Warframe is a free-to-play cooperative third-person shooter video game developed and published by Digital Extremes. The game was originally released for Microsoft Windows in March 2013 and is now available on Playstation, Xbox, and the Nintendo Switch.

In Warframe, players control Tenno, a race of ancient warriors who use robotic armors called Warframes to vanquish their foes. The goal of the game is to complete missions—usually involving combat, sabotage, or assassination.

Warframe has been generally well-received by critics and has Very Positive reviews on Steam. Warframe is a free game and can be downloaded from the official website.

Warframe has been updated and improved since its release, with new content being added regularly. Warframe is one of the most popular free-to-play games on Steam, with over 60 million registered players.

Warframe’s gameplay is often described as a ninja game in space. Warframe’s combat is fast-paced and fluid, with players able to parkour their way around the environment as they fight.

Warframe has a lot to offer. There are dozens of Warframes to choose from, each with its own unique abilities and playstyle. In addition, there are hundreds of weapons and items to obtain and use.

Warframe also has PvP. In PvP, players can compete against each other in Warframe’s competitive multiplayer mode, Conclave, or Duels.

Both PvE and PvP gameplay in Warframe is enjoyable, but where Warframe truly shines is in its cooperative PvE gameplay.

For being a 10-year-old game Warframe’s graphics are excellent and they hold up well to this day. There has been a few graphical updates over the years but Warframe’s art style has remained consistent.

The graphical style and setting are a big draw to players that are tired of traditional fantasy MMOs and want something futuristic instead.

Warframe’s graphics are not only good but they are also well-optimized. Warframe can run on a wide range of PCs, from low-end to high-end, and it runs smoothly on all of them.

Warframe’s sound design is excellent. The game features a mix of electronic and orchestral music that fits the game’s futuristic setting perfectly.

Some of it is calm and soothing while other tracks have been made to get your heart pumping during intense combat.

Warframe has a large and active player base. Warframe’s player base is so large that it’s one of the most popular free-to-play games on Steam, with over 60 million registered players.

It usually sits in the top 15 games in regards to concurrent players on Steam according to Steam Charts.

Warframe also has an active community outside of the game, with several fan sites and forums dedicated to the game.

Warframe is free-to-play and has been since it launched in 2013. The game makes its money through microtransactions. The game’s premium currency is called Platinum, which can be used in the Platinum shop.

Warframe certainly has some pay-to-win elements. In the Platinum shop, you can buy new Warframes, Weapons, and several items that are time-gated, so buying them in the store will speed up your progress and give you an advantage.

Even with some pay-to-win elements, Warframe is still a great game and is worth playing. As a free player, you can still progress and unlock everything in the game without spending a dime.

Warframe offers no crossplay at the moment, but the developers are working on bringing cross platform play to Warframe in the future.

Warframe is an excellent game and it’s certainly worth playing in 2022 if you enjoy this type of Sci-fi setting, and “ninja stealth/space shooter” gameplay.

Warframe is a great option for gamers looking for a fast-paced, action-packed cooperative shooter with an active community and regular updates.

The gameplay caters to many different playstyles, and Warframe can be a nice change of pace for players who are tired of the traditional MMO grind.

Have you played Warframe? What do you think of it? Let us know in the comments below!