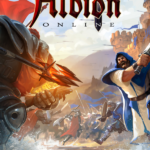 Albion Online came out in 2017 and has since grown into a very popular cross-platform MMO. The game was made by German developer Sandbox Interactive and has a unique sandbox style that allows players to do whatever they want.

There are no classes or restrictions on what you can do. This makes Albion Online very appealing to a lot of players, especially fans of sandbox top-down titles such as Runescape and Ultima Online.

The game has a free-to-play model and is available on PC, Mac, Linux, iOS, and Android. Albion Online has received generally positive reviews from critics and has a very active community. So the question is: Is Albion Online worth playing?

Albion Online is definitely a game that has something for everyone. Whether you’re a PvE player who enjoys exploring the world and completing quests, or a PvP player who loves to engage in large-scale battles, Albion Online has you covered.

One of the downsides to Albion Online, however, is that it can be quite grindy at times. The levelling system is designed in such a way that you will need to spend a lot of time grinding if you want to progress at a reasonable pace. This can be a bit of a turn-off for some players, but if you’re the type of person who doesn’t mind grinding, then Albion Online is definitely worth checking out.

The grind in Albion Online is also made to feel very rewarding and enjoyable since it is such a big part of the game.

After the tutorial, there are no quests like in a theme-park MMO and you will have to figure out what to do on your own, which can be both good and bad depending on what you’re looking for in an MMO.

Albion Online is also a very social game. There are many ways to interact with other players, and the game really encourages you to do so. Whether you’re helping out a new player with some quests or taking part in large-scale PvP battles, Albion Online is a great game to play with friends.

The game also features a unique classless system, which allows you to create any type of character you want. This flexibility is one of the things that makes Albion Online so great.

The classless system also allows for a lot of interesting and unique character builds, which is something that a lot of players enjoy. There are almost limitless possibilities when it comes to creating your character in Albion Online.

Simply equip the armor and weapon you like, and begin earning fame to increase your skill with your chosen armor or weapon. You can switch freely between any combination of weapons and armor, making for a very unique and customizable experience.

Crafting is also a very important part of Albion Online. The game has a very in-depth and complex crafting system that allows players to create just about anything they want. There are also many different types of resources that can be gathered, processed, and used for crafting.

There is plenty to do in Albion Online, whether you like PvE, PvP, or Crafting, as long as you can set your own goals without the guidance you would get from a theme-park MMO.

Albion Online has a very simplistic and stylized graphic style, which works well for a isometric MMO. It also ensures that the game looks and plays great on all platforms, whether you are playing on a high-end PC or on your phone.

The graphics are definitely not the most important aspect of Albion Online, but they are still decent and help to create a pleasant and immersive game world.

The music in Albion is fitting and does a good job of setting the tone for the game world. The sound effects are also well done and help to bring the world to life.

Albion Online is free-to-play and uses a very fair business model. Everything in the game can be achieved as a free player, but you can get a Premium subscription to get things done at a bit faster.

There is also a cosmetic shop, and you can purchase gold which can be used to buy Silver, the game’s main currency, much like the Gold Token in World of Warcraft. This does not give players who spend real money a huge advantage over others though.

As we stated above, you can buy Silver in Albion Online which you can use to buy gear, but seeing as you can grind and earn that Silver pretty quickly, we don’t see Albion Online as a pay-to-win game.

Albion Online currently has crossplay between PC, Mac, Linux, iOS, and Android. They are all on the same server and you can switch freely between platforms, making Albion a great game to play on your PC at home and on your phone when you are on the go.

So there you have it! Our honest opinion on Albion Online. If you’re looking for an MMORPG that offers something for everyone, then Albion Online is definitely worth playing. However, if you’re not a fan of grinding, then you might want to give the game a pass.

Do you agree with our Albion Online review? Why or why not? Let us know your thoughts in the comments below! Thanks for reading!

Completely agree. Altough I think Albion has much more content do PVP than PVE