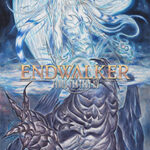 Final Fantasy XIV boasts one of the most impressive comeback stories in gaming history. When the first version of the game, which launched in 2010, was panned, the developers made the bold choice to rebuild the game from the ground up. The new version, called Final Fantasy XIV: A Realm Reborn, launched in 2013 to much better reception, and the game has only improved since.

It is now one of the biggest, highest-quality MMORPGs on the market. It can be played on PC or on PlayStation 4 and 5.

Final Fantasy XIV takes place in the fantasy realm of Eorzea, which is under threat from the imperialistic Garlean Empire and the primal gods of the savage beast tribes alike. Players begin their journey as fledgling adventurers. As you get involved in a small organization working to solve the problems of the realm, you start your path to becoming a great hero.

Final Fantasy XIV is a heavily story-based game and progressing through the main scenario questline (known as the MSQ) is required to unlock the game’s content. Your player character becomes the main character in this sprawling story.

The game’s story has been highly praised, especially the Heavensward, Shadowbringers, and Endwalker expansions. The downside to this is players who aren’t looking for a story-based MMORPG or find they don’t like the story might find that the game is not for them.

Players can choose between 19 classes (called jobs) to play. There is one additional “limited job,” the Blue Mage. All jobs can be unlocked and played on a single character, which removes the need for creating additional characters.

Final Fantasy XIV is a tab target MMO where players use a variety of combat abilities to successfully defeat enemies either alone or in a group.

The main story is largely a single-player experience and there are occasional instanced challenges that must be completed solo. As players progress through the main storyline, they are occasionally required to complete a dungeon with other players.

There are also dungeons at the endgame. Several raid series have been added to the game over time, with Normal Raids being 8-man and Alliance Raids with teams of 24 players.

There are also Trials, which are group-based boss fights. These occur during the main story like dungeons, with harder versions unlocked at endgame.

Player-vs-player (PvP) is limited to certain areas with a variety of different match styles. However, PvP is not the focus of Final Fantasy XIV, and players who primarily want PvP content in an MMO are likely to find this game lacking.

There are many activities in the game aside from the story and endgame group content. Player-run communities within the game, known as Free Companies, serve as the social nexus in the game.

Crafting and gathering have their own jobs and gameplay that is almost a game in and of itself.

There is also the Gold Saucer area, where players can partake in a number of solo and group-focused minigames for unique prizes.

The game’s Glamour system allows you to dress your character as you wish and is a popular pastime with players.

The game also has a robust player housing system, with four housing wards in the game’s main settings to choose from and a fifth on the way. Players can purchase their own individual houses and Free Companies can also have their own houses.

Because of the way housing was originally programmed into the game, however, it can be difficult to get a house, and if a player’s subscription lapses for too long their plot will be demolished and made available to other players.

The addition of instanced apartments, which are yours permanently, and a new housing lottery system have been introduced to alleviate the in-game housing issue, but the underlying problems persist and are difficult for the developers to fix.

Final Fantasy XIV currently offers a free trial that includes the entirety of the base game and the first expansion, Heavensward, with no restriction on playtime. This allows players to play up to level 60 on most jobs (the current level cap is 90).

Players must purchase the remainder of the game to continue, which consists of both a “Starter Edition” as well as the most recent expansion.

Final Fantasy XIV requires a monthly subscription to play once the game has been purchased and a player moves out of the free trial. You cannot revert to a free trial account once you have bought the game.

While there are cosmetic items available to purchase for real money, the game has no pay-to-win mechanics.

The Shadowbringers expansion, which launched in 2019, received almost universal acclaim from players and critics alike, with many calling it one of the best stories in the entire Final Fantasy franchise.

The game’s latest expansion, Endwalker, was just released in December 2021 and was advertised as the conclusion of the main story arc that began in the base game. The ending of this story hardly means the story of the game is ending, and the developers have made it clear a new chapter is on the horizon. Patch content updates continue to be reliably consistent.

Final Fantasy XIV is worth trying for MMORPG fans, especially those who already like the Final Fantasy series and Japanese role-playing games in general.