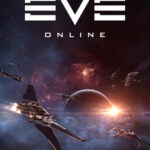 For fans of Sci-Fi MMOs

EVE Online is a game that has been around for almost 20 years now. It’s an MMORPG set in a science-fiction universe where players can choose to become anything from traders and miners to pirates and mercenaries.

EVE Online is notorious for its steep learning curve, but those who stick with it are often rewarded with one of the richest gaming experiences available.

Players are free to explore a fictional space galaxy named New Eden that offers over 7200 star systems to explore.

To explore New Eden, players can use a wide variety of ships.

The player-driven economy is one of the key aspects of EVE Online and is entirely driven by supply and demand.

There is a lot of emergent gameplay in EVE Online, meaning that players can often find themselves in situations that were not intended by the developers.

PvP combat is a large part of EVE Online and players can often spend hours engaged in large fleet battles, which can often have real economic consequences for the losing side, like the Battle of B-R5RB, which resulted in hundreds of thousands of dollars in losses.

So there is no doubt that EVE Online is an engaging and unique game, but is it worth playing in 2022?

EVE Online offers you tons of customization from the get-go with the character creator. You are free to choose between different races and bloodlines, and customize your face and body using sliders.

Players will also have to level up their skills. To do this you have to select the skill and complete the training within the allotted time. Certain skills require you to attain prerequisite skills before you can level them up.

Exploring star systems is a significant part of the game, and you can head out on a galaxy-spanning adventure in search of rare materials, artifacts, and other treasures. The game helps you by providing you with the instructions and training to control the spaceships and explore the star systems around you.

Once familiar with various aspects of the game, you can go on missions to gain more skills. Ultimately, you can join factions and form guilds that allow you to attack other guilds and gain their resources.

Eve Online developers have taken great care to incorporate smaller and big details into the game, which makes the game very immersive.

For one, spaceships in EVE Online are not just for show – they all have a purpose and a role to play in the game. According to the class, the properties of the spaceship can vary like hull strength, speed, size, and firepower.

Every ship has strengths and weaknesses to keep the game balanced. Thus, there is a learning curve involved when it comes to operating the spaceships and choosing the right one.

Combat in EVE Online is very engaging. To truly master it you must learn how to make quick calculations. Parameters to keep in mind range from distance, trajectory, speed, and damage to what weapon you choose to use.

While this might be somewhat challenging to beginners, it keeps the game interesting. There is no push-the-button and destroy-the-enemy mechanism here.

With endless exploring available because of more than 7200 star systems, you always have something to look forward to when playing EVE Online.

Updates and expansions released by CCP Games add more fuel to the EVE Online fire, making sure that there’s always something new for players to experience.

EVE Online has had a few visual updates over the years. As recently as June 2022, a graphic update was launched.

This included a UI overhaul and easier ways to track progress.

So while the game is old, the consistent graphic updates have made it worthwhile and visually appealing.

When the game was first launched, the star systems often consisted of sparse sectors which had only asteroids in between. However, in the subsequent updates, these spaces were filled with more high-resolution details.

Consequently, today when you play Eve Online, you can view celestial bodies with high resolution. It certainly adds to the aesthetics of the game.

Eve Online was one of the very first games to launch sound privatization. The relevant sound effects would be heard first by the players rather than the noise in the background. Consequently, you can get excellent detail and clarity when it comes to sound. It also reduced CPU usage and improves game performance.

The sound immersion is also great because of the sound privatization. Thus, you won’t have a complaint when it comes to sound effects.

The soundtrack for EVE Online is also very good and creates a perfect ambiance for the game.

The total number of players who have ever played eve online is over 9 million. However, even in 2022, there are estimated to be over 170,000 active players according to MMO-Population.

On Steam the game sees around 5000 concurrent player peaks, which certainly isn’t bad as most players don’t play EVE through Steam.

The game developers will have you believe that Eve Online is not pay-to-win. However, there have been numerous changes in the last few expansions, which have forced many players to spend money to win.

Especially if you’re just starting with Eve Online, you need to pay for access to spaceships if you want to stand a decent chance against others.

Sure enough, you can opt for free gameplay, but it will lead to a slower pace of growth and cause you to miss out on any partnerships and spaceships.

The answer is yes, EVE Online is still worth playing in 2022. It is still an immersive space exploration game with a lot to offer in terms of content and gameplay. If you are patient enough to learn the ropes and put in the time, EVE Online can be an extremely rewarding experience.

Let us know what you think about EVE Online in the comments below!

I am waiting for the review of Guild Wars 2 for curiosity.