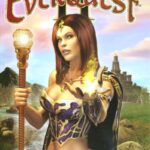 This review is a review of Everquest 2 as a whole in 2022, including the latest expansion, Visions of Vetrovia.

I started playing Everquest 2 the day it launched back in 2004 and kept playing until it went free-to-play in 2011.

It didn’t quite live up to the legacy of the original Everquest which was my first MMORPG, but EQ2 along with the first couple of expansions were still some of the best times I’ve had in an MMO.

I’ve had a few brief returns to Norrath since then but as most of my friends have quit and my old guild has long since disbanded, I found myself moving on to other MMOs.

Until now. Recently I’ve found myself wondering how much Everquest 2 had changed in the decade I had been away, so I decided to make a return. At the very least to get a trip down the Norrathian memory lane.

Everquest 2 has always had the bones of a really good game. At launch, it had decent graphics for an MMO at the time, the music and sounds are great and the gameplay was fast and exciting compared to many other MMOs.

All of this didn’t really matter much though as it launched just a few weeks before World of Warcraft, which became a giant in the MMO space, leaving all other titles in its shadow for years to come.

But even in WoW’s shadow, EQ2 managed to thrive for half a decade due to the fact that the original game was very good.

The first expansions and adventure packs were also good and included some very memorable areas, features, and challenges.

But like many other MMOs, the quality of EQ2’s content started declining with time, which was very noticeable as I made my return. All the earlier areas in the game were still fantastic. They are well designed and genuinely fun to explore.

If you can gather a group of friends and casually adventure through Norrath, I would advise you to do so.

As you move closer and closer to current content, however, its faults start to become apparent. The latest expansion Visions of Vetrovia first takes you to an area called the Svarni Expanse and the first thing to greet you is a full set of level 120 gear. You don’t even have to complete a single quest or kill a single mob, just loot a chest.

Once the gear is equipped you can almost one-shot most mobs in the entire zone, but solo instances are so difficult that you will likely not make it past the first few mobs unless you’ve spent a lot of time or real-life money upgrading your character’s mercenary, mount and familiar.

At almost level 122 (cap is 125) I was completely stuck and I couldn’t progress any further because the mobs just became too tough. It’s all too clear that this has been designed on purpose to milk the remaining player base for a few dollars.

All of EQ2’s end-game systems are also unnecessarily complicated and hostile towards new players. Understanding how your character works with all the different types of stats and systems takes a huge amount of time and effort, and will surely drive new players away.

In terms of graphics, Everquest 2 really shows its age, and it has held up a lot worse than its contemporaries like World of Warcraft, but this is to be expected with older MMOs.

Many of the game’s areas are still stunning even with the dated graphics.

My biggest issue is that there is no form of scaling for the user interface, so if you play on a high resolution the UI becomes tiny.

The soundtrack in Everquest 2 is fantastic. The music from the original game reminds me a lot of the music from the Narnia movie which also came out at around the same time as EQ2. The voice acting and sounds are also very good for their time.

So if you are looking to get into or getting back to EQ2, you might be wondering if the game is still active or if it’s dead by now.

The truth is that the population of EQ2 has been declining for years, but like most MMOs, there is still a dedicated community, and you should still be able to find people to play with, especially if you join a guild.

According to a report from Daybreak Games and EG7, the owners of the Everquest Franchise, Everquest 2 has around 29.000 monthly active users and 21.000 paying members, which is a bit lower than Dungeons and Dragons Online and less than half of the population of the original Everquest.

These numbers match well with player numbers on Steam, where the original EQ has about a little over twice as many players as EQ2.

Saying exactly how many people play Everquest 2 is impossible but there still seems to be enough for a healthy population, and the fact that Daybreak Games still is releasing expansions for the game certainly verifies that.

Everquest 2 has been a free-to-play title since 2011. Most of the game can be enjoyed without spending much at all.

I would recommend at least getting a membership for $14.99 a month if you plan on sticking around. Memberships can be purchased with Platinum on the Broker in-game as well, but be prepared to spend some time farming.

Without a membership, you will have limitations when using the Broker, mail, guilds, and spell or ability upgrades. A full list of membership perks can be found here.

As you get closer to end-game, EQ2 becomes slightly more pay-to-win. You can get most things without paying, but upgrading Mercenaries or Mounts will take months without spending any cash.

Who Is Everquest 2 For?

In the end, I would say it’s worth it to at least give Everquest 2 a try. Parts of the game are fantastic while other parts are not so great, but that is true for most MMOs out today.

The game can be a good fit for fans of Neverwinter, who enjoy many ways different ways of character progression.

Fans of other old-school titles such as DDO who enjoy theory crafting, making builds, and exploring deep and intricate dungeons could also get a kick out of EQ2.

Everquest 2 also features a huge amount of appearance gear and mounts, pets, and items to collect which might appeal to WoW players who enjoyed collecting mounts and transmog.

What is your opinion of Everquest 2? Let us know in the comments below.

The time locked server is fun. The regular "pay to win" servers are not fun. If you enjoyed the original game that launched in 2004, like I did, then try the Varsoon Server for a bit of nostalgia and a good time.

I certainly didn't have any trouble doing the signature and tradeskill quest lines in the Visions of Vetrovia release; not with the provided gear box just inside the zone-in point.

What does make a difference is understanding the strengths and weaknesses of your character class. Use of mercenaries is almost a must no matter what class you are. I tend to use the first healer merc (a centaur) that you come across in the entry zone for my tank, mage, and rogue classes, while the mercenary tank from the previous expansion works well with any healer/priest class.

Granted, you're probably not going to be able to solo the regular named mobs until you hit level 125; and the overland epics require either a full group, or a raid for the Public Quest mobs.

I didn't have to spend any extra money to run the expansion. However, I am a member, not free to play.

Tradeskill questline is pretty linear. The signature questline can be a bit convoluted as there are a number of side quests that need to be completed along the way.

I always have a great time in EQ2 until I get past about level 90. Then it’s not fun anymore. After Velious to be exact. Played consistently back in the day leading up to velious and it was great. Then it started to go downhill fast. For me at least, the newer expansions and inflated stats with either the mob or you dropping dead in 2 seconds… that’s just not fun.

@Will, I also miss EQII... at times I used to run my own groups of six characters so I didn't get bored. lol but it's been a while my main character was a Iksar Bruiser. I missed my Monk from EQ but over time I got used to the bruiser. but when my son was born in 2012 I had to quit because that sucked my wntire life up and my job suffered a lot and couldn't do it to my new son. farewell EQ & EQII.